In 2013, the Melbourne Baseball Club celebrated its 125th year and marked the anniversary with a Gala Dinner attended by nearly 200 current and former Melbourne Baseball Club members and the wider baseball community. A Hall of Fame team was inducted as part of this significant milestone. A well-researched committee, consisting of a range of players and administrators from the past 50 years, selected the squad in two groups:

A “Heritage” team consisting of 6 noteworthy players who represented the club before 1950. While statistical information from this period has been difficult to source, the information compiled points to an extraordinary group of players.

A “Modern Era” squad of 20 players who have played for the club since 1950. Members of this elite group will have played for the club for a minimum of 5 seasons and have been selected as a touring team consisting of the best talent available. The squad has a wonderful cross section of players across all decades and has some of Victorian Baseballs most famous names.

The team was announced and presented at the Gala Dinner, current and former Melbourne Baseball Club members and the wider baseball community attended this great event, which was hosted by media personality and baseball aficionado Ed Wyatt. Ed recounted some amazing records from the past 125 years and he announced each player individually, they were presented with a framed copy of an illustration of the playing contingent drawn by renowned illustrator Paul Harvey. The mounted sketch will hang in the MCC Committee rooms at the MCG.

“It was a wonderful occasion and the culmination of months of hard work by very many committed persons,” Melbourne Baseball Section Vice President David Keyhoe said.

“This was an audacious attempt to provide a memorable event to properly commemorate 125 years,” he said.

“The project was carried out perfectly and the reaction since has been overwhelmingly positive.”

“It was a very special evening.” 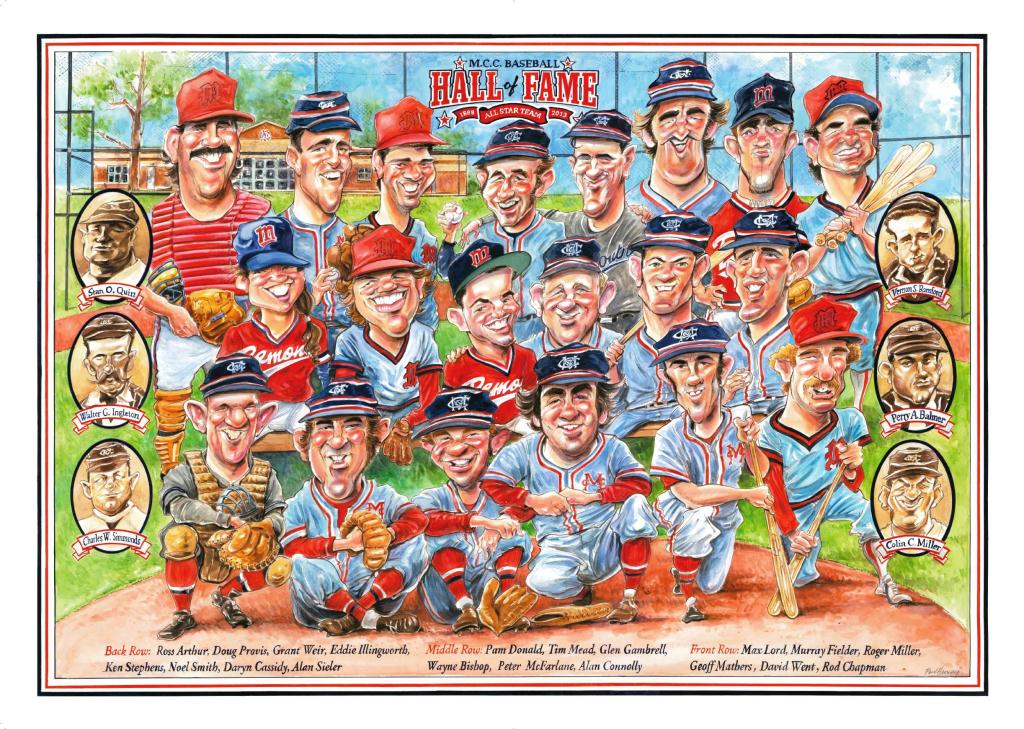