The MCC has had a long involvement in Baseball, from as early as 1885 playing against visiting US warships, preparing teams to play against resident Americans in 1887 & 1888, preparing the MCG for the the Spalding tourists in 1889 and the formation of a team to play in the inaugural Victorian Baseball League competition in 1889/90.

Just as with cricket in the early days, the MCC did a lot to foster the game of Baseball in this country and MCC members were key in establishing a formalised competition and the first constitution of a Victorian Baseball league in 1889. The MCC Committee of the 1880’s showed great enterprise.

Pages under the History Menu:

Formation of the MCC Baseball Section

Details the events leading up to the official creation of the Section in 1888.

A list of all First Nine premierships with a Match Report for each one describing the action, plus a list of all other Major Grades and Junior Premierships.

A list of each years finishing position for the First Nine.

The 125 Year Hall of Fame team, comprising the "Heritage and "Modern Era" Players. Click on the image of each player to see their detailed Biography.

A compilation of interesting stories and information on various individuals and families associated with the club. 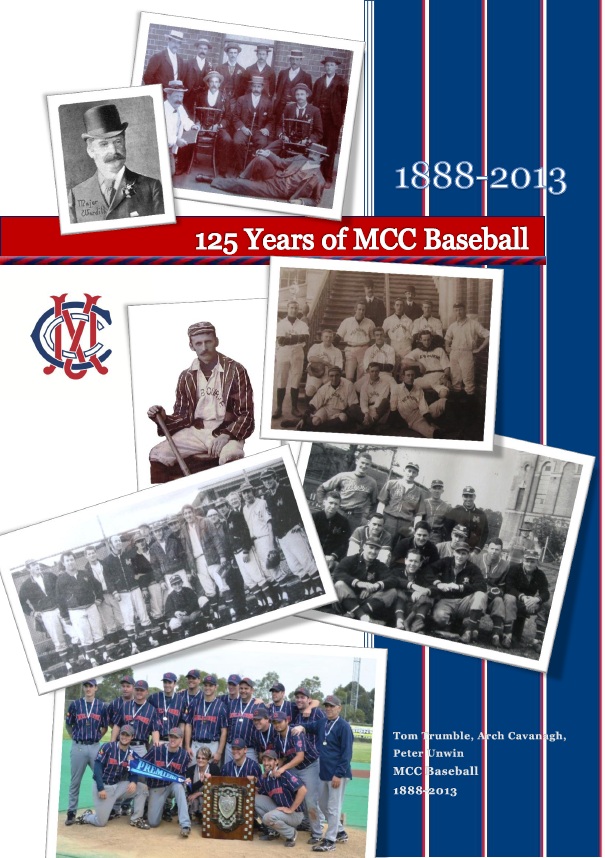 Above is a possible cover artwork of the MCC Baseball Section History Book to be released in late 2015, over 200 pages of history of the MCC's involvement in Baseball, including hundreds of images, 200 pages of stories, facts & figures.  WIll be available from the clubrooms and the online shop.